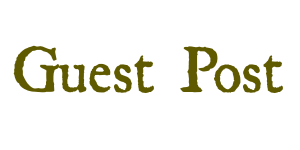 Writers Need to have A Short Memory: Dealing with Rejection.

Stand around a group of writers and, at some point, a conversation about dealing with rejection will pop up. It doesn’t matter how “thick” your skin is, rejection hurts. And some hurt worse than others. Whether it’s a review, critique, answers to query letter, or in the editing process, someone along the journey isn’t going to like something, and they’re sure to tell you all about it.

One of my more notable experiences with rejection came straight from a writing contest I had entered. I was over the moon when I found out my story had made it into the top three, and had been sent to an acquiring editor. The sweet news soon soured when I opened the final critique I had looked forward to reading. As part of that critique, the editor chose to express her opinion that I should “never put pen to paper ever again.” That comment, and the rest of the comments that particular professional editor sent, wasn’t helpful in my pursuit to become a better writer. They weren’t constructive. They were meant to hurt, and at that moment, that editor definitely succeeded in crushing my spirit.

I’ll be brutally honest. I cried. I considered starting a bonfire in my backyard and burning every note, article, drawing I’d ever put on paper, even the love poems I’d written to my husband. I almost deleted every document on my computer that I’d ever written. If I’d taken that person’s advice, my writing life, something that had been an escape, a love, a sacred place, would have ended that day.

Instead of letting those scathing words defeat me, I took a sports analogy to heart and left the past in the past. It is often said that defensive backs in football have to have a short memory and be able to focus on the future. They get burned for a touchdown on one play, but have to be able to shut down the next pass that comes their way.  Authors have to be the same way. Take criticism one day. Begin a best seller the next.

My writing juices got ignited. I didn’t care how long it took, or how many heart-stopping rejections I got along the way, I was determined to make the next play.

I worked on the craft of writing, enlisted some trusted professionals who wanted to see me succeed, and didn’t let any rejections that came my way break me.

Defensive backs work hard, learn from every play, and have a short memory. I choose that approach in my writing career and in life. Join me and forget about those rejections, work hard every day, and never, never, never give up. 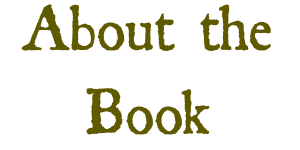 This work contains mature content, including graphic sexual descriptions and scenes, and is provided for adults only.


It takes three men to satisfy one woman’s needs…

Single mom and massage therapist Ella Winthrop isn’t looking for a relationship. She has enough problems without risking a business that barely meets her needs. Then her world is turned upside down by three men, each offering something she isn’t prepared for—love so deep it hurts, sex so hot she’s afraid she’ll melt from the pleasure, and a future beyond her wildest dreams.

Steamy businessman Cade Jackson has it all—money, looks, a giving heart, and a dominant nature—but Ella refuses to date a client even if she’s lusted after him for a year. After his brother’s death, Garrett Winthrop moves back to town opening old wounds and even darker fantasies. Dr. Derek McGregor gives her balance and understanding that speaks to her soul. All three men force Ella to question the limits of a traditional relationship. 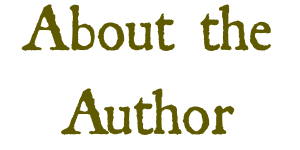 Anna Lores started writing romance as a by-product of insomnia. After a year of late-night reading, she borrowed her son’s laptop after he went to bed and set about breathing life to her very own characters. After a month, she was surprised with a new laptop to pursue her dreams.

With a B.A. in English Literature and a desire to fill her world with wonderful stories she and her close friends could not just talk about but gush over, Anna shed the job as mom of three in the late night hours and assumed her alter ego of Dirty Girl.